Up, Up and Away...
With my love of psychedelia I was wide-eyed and drooling in anticipation, eagerly awaiting the delivery of my copy. With newly coiffered centre-parting & bedroom decked out in purple flock-wallpaper I hurriedly loaded a disc... The superb "In The Year 2525" was one of the main reasons I ordered this collection - bliss!! OK, the album title is taking a bit of a liberty, with "Psychedelic Rock" definitely used in it's broadest sense, along with "Pure"...huh?.... "Up, Up and Away" (In my beautiful balloon) next door to "Simon Says"...man that's too far out!.. OK, you get the odd clunker here and there, but you also get a fair smattering of big names & some very good stuff amongst this varied 60's/70's pick 'n' mix. I have to get real here - 4 discs, 69 tracks for under £6 (at the moment). I managed to find more than enough orange cremes in this box of delights, so I reckon it all adds up to good value for money. These compilation releases are often a good introduction to some of the artists featured, with the potential knock-on effect of improved sales. Considering the age of some of the material, the sound quality is generally very good.... Now close the curtains, crack open a packet of Spangles, close your eyes & let the music take you wherever you wanna go baby.
Good value but not "Psychedelic Rock!"
Not sure(yes I am!), this is not psychedelic rock but enjoyable and good value. A few good tracksWhite Rabbit,Race with the Devil,Witch Queen of New Orleans. Four CD's for £6 is excellent value. Also has Scott MacKenzie, Box Tops,Santana, early Fleetwood Mac, Blue Oyster Cult,Johnny Winter, Melaine(her best two tracks!) and Zager and Evans!!!
Almost Psychedelic
First of all let me thank Amazon reviewer...Heat"jamesT" for taking the time and trouble to post a full track list.I was unaware of the "Pure" series until I came across "Pure guitar heroes" in a sale in Debanhams Nottingham store. While strictly not as the title would suggest "Pure" it is never the less almost there. It reminds me a little of the two "Rock Machine" sampler albums from the sixties (they should be extended and re-issued as a double CD) infact some of the people on this CD are featured on Rock Machine,tracks like "Fresh Garbage" by Spirit and "Stoned Soul Picnic" by Laura Nyro are worth the money alone. Far too many tracks(69in total) on this 4CD collection to mention individually but like me any one with a passing interest in psychedelia should find this collection of interest. Check out the Guitar Heroes 4CD set as well,some extended versions and the brilliant Ram Jam bands "Black Betty" worth the money alone....Excellent sound quality and very good value for money.Well done Sony Music....Lets have more.

Sixties Rock painstakingly researched even to the use of chord progressions! The author, Michael Hicks, knows his groups!
A well researched book but kept switching on the spelling of the rock group "The Brothers Grim" by misspelling Grim as Grimm a few times confusing the name with the collectors of fairy tales, "The Brothers Grimm." .
Bought as new but not new
Damaged on backside of cover. Like a screwdriver was put on it. Furthers scratches as if bin moved a whole lot of times over a wooden table. 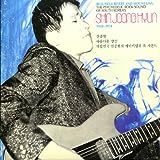 A good introduction to South Korean Psychedelic Music!
I am one of the few who have known about Shin Joong Hyun and related artists for some time, but must admit I was surprised when I found out about this recent Western Release of his music. Although in my opinion it is not a collection of his very best works, I guess this is also due to the tracks chosen having the best sound quality, and many of my favourite other tracks having poor sound quality, but this is a good introduction to the Psychedelic Sounds of South Korea. However, there is a definite improvement in sound quality on the tracks on this CD compared to other releases. Track 5 - I Don't Like is my favourite on here, although I have always known this song as Shi-Ruh (but actual name appears to be '') from the album Shin Joong Hyun & the Donkeys - feat. Lee Jung Hwa. Interestingly Kim Choo Ja (who also worked with Shin but is not featured on this CD) recorded a modern version of this song which can be found on Kim Choo Ja Best 20 as Track 15 (if you can find a copy!), although I must say I prefer this original version. There is especially noticeable sound improvement in the long track 14 - Beautiful Rivers And Mountains on the CD, in which I can definitely hear things in the jam towards the end of the song that I have not heard before. If you enjoy this last track, it is worth finding a copy of "Shin Joong Hyun & the Donkeys - feat. Lee Jung Hwa" CD as you will also enjoy the 16 minute long Track 6 which features an amazing Jam. The package and book is also nice being in English, as I cannot read the Korean notes on the many other CDs I have collected. If you enjoy this and can find it, I would recommend purchasing Shin Joong Hyun - Anthology Part 1, which is a 5 CD compilation in a very nice box set, containing many favourites of mine. It is also worth getting any CDs by Kim Jung Mi. When searching for Shin Joong Hyun CDs it is also worth noting that there are some variations on the spelling of Shin's name as it is sometimes spelt Shin Jung Hyun and Shin Jung Hyeon. I am not sure if I am asking too much, but it would be good if "Light In The Attic" could release some more of Shin's work in the future or Kim Jung Mi albums with improved sound quality, as well as a CD release for "From Where To Where", which for some unknown reason has only been released as a digital download. Also if anyone has a copy of Shin Joong Hyun performing a cover version of the Jefferson Airplane/The Great Society song "Somebody to Love" (AKA "Someone To Love"), I would love to hear it.
10/10
Such a great album, worth it even for the title track alone.
Golden age of Korean music
An excellent introduction to Shin Joong-hyun. They should have used the Kim Choo-ja version of “Bom-bi” though. Vinyl presentation/pressing is marvellous.