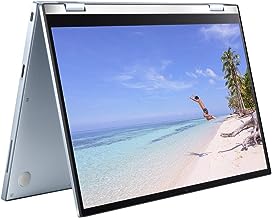 I am SUPER happy with my purchase
I received mine today in the south of France, precisely 24 hours after I ordered it from Amazon UK (I hate AZERTY keyboards). What can I say? It’s so much better than I imagined it would be. I won’t repeat what everyone else has said so far except to say that anyone reading this hesitantly can take my word for it, you won’t be disappointed. Oh and the 1 star review I read while trying to decide whether this was a good buy or not is complete rubbish!
Fabulous Chromebook
A big step up from my previous Chromebook. This really feels like a premium product. The screen is astounding, like it's floating in the air. The keyboard feels perfect. I prefer the back-lighting to be off if I use it on my lap and on if I use it on a desk as it works best if you are looking at it from above rather than at an angle. The trackpad is probably the best I have used - extremely smooth and accurate. Asus have come up with a real winner here.
Great machine, but ever so slightly under-powered for heavy multi-tasking
** Edit (December 2020): I still love this machine after 20 months. Have been using it a lot over the pandemic period as it's much lighter than the 16-inch Macbook Pro I switched to (from Windows) a while back for the more demanding stuff. As with all tech (at least mine), once the initial novelty wears off, the tendency is for it to get tossed around with a lot less care, and this Chromebook is no exception. Apart from a few scratches, it's as good now as it was on Day 1 - stood up to the knocks very well. The only change I would make to my original review below is to say that the trackpad really grew on me with use. Not quite as good as the Mac, and obviously smaller, but nevertheless still precise, extremely comfortable and easy on the joints (compared to a lot of PC laptops I have used over the years). **Original post (from April 2019): The screen is great - sharp, bright and with good contrast - very comfortable to use outside on a bright sunlit day. Don’t believe one of the previous reviews criticising the keyboard and the trackpad. I do a lot of writing for a living and I am finding keyboard really comfortable over long periods - precise and responsive. The trackpad is OK - smooth and accurate - but not exceptional. The touch screen has about the right level of sensitivity for me when reaching out to it in laptop mode (haven’t used the machine much in tablet mode yet). The only very slight caveat is that it gets a bit ‘laggy’ switching between windows when you have a lot of them open - by a lot mean 8-10 - but even then it’s still perfectly usable. As soon as you close down a few windows, it becomes very snappy again. I suspect it’s that the model I have only has 4Gb of memory and some of the things I am running are quite demanding (by Chromebook standards). Other than that, beyond working well as a laptop/notebook, I also use it with a USB-C dock on my desk to drive two 27 inch monitors - no config needed (unlike Windows), and it’s very responsive with the big screens. Last thing worth mentioning is that the machine works a treat with my Huawei LTE dongle - again just plugged it in and it worked (no driver installs or other fuss). Battery life seems pretty good - used it unplugged for about 6 hours a couple of times now, and still a lot of life left in the battery on each occasion. Bottom line: I much prefer using the ASUS C434 to my premium Windows notebook (Lenovo X1 Carbon), even though the latter cost 3 times as much. The ASUS is now my day-to-day workhorse machine. (PS - gave it 5 stars despite the multi-tasking caveat, as that’s more down to me pushing it harder than most people would) 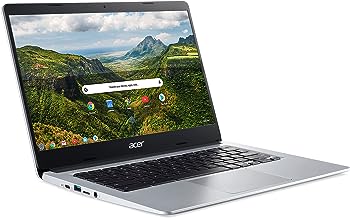